The origins of Alcoholics Anonymous (AA) can be traced back to the Oxford group, a Protestant Christian Bible Study group that was started in Oxford University by Dr. Frank Buchman. The founders of AA are Bill Wilson and Dr. Robert Smith (Dr. Bob). They met while Bill was on a business trip in Akron, Ohio. The day Dr. Bob had his last drink and entered sobriety was June 10, 1935. This is the day AA considers to be its founding day. 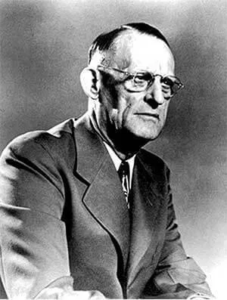 This is the name people all over the world use to refer to Dr. Robert Smith. A surgeon by profession, he suffered privately, trying to kick the habit until he met Bill Wilson.

Dr. Bob was the only child of a Judge and his devoted wife. The couple were devout members of a congregation in St. Johnsbury, Ohio. In his teenage years, he had his first drink while attending Dartmouth College in New Hampshire. After graduation, he worked for three years before pursuing his career in medicine.

Dr. Bob started using alcohol heavily around the time he was in medical school. He first studied at the University of Michigan, then he moved to Rush University (located at Chicago) where he graduated. He got a spot as an intern in the City Hospital of Akron. He decided to stay in Akron and later on got married to Anne Ripley. (He met her during his senior year in Dartmouth).They had two kids, Smitty and Sue. Dr. Bob specialised in colorectal surgery. His drinking interfered with his practice.

During the years that ensued, Dr. Bob lived his life trying to stop drinking, hiding his drinking from his spouse, and making enough money to support his family while being heavily addicted.

Here are some things we know about Anne Smith, known as “The Mother of AA”. Her son Smitty describes her as a quiet and soft-spoken woman who had steadfast faith in God, and a huge amount of patience for his dad. Researchers who preserved her private journals remark that she wrote a lot about the Christian God. This is understandable considering the prevailing beliefs and norms of her time.

When Dr. Bob was trying to get better from his drinking habit, he admitted himself in various hospitals and into alcohol rehab with the hope that he would be able to stop.

A sanitarium is a place where people stayed to recover from chronic illnesses. In late-nineteenth and twentieth century, they were built to house people who had tuberculosis. (It takes at least six months to cure tuberculosis.) Patients needed a place where they will not infect other people, so sanitariums appeared all over America and some parts of Europe.

Before AA started, people believed that committing themselves into sanitariums can help cure what they called “Dipsomnia”. This term is the earliest term referring to alcoholism as a disease and not a matter of weak morality. It was in this setting and scene that Dr. Bob met Bill Wilson. 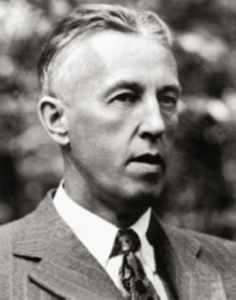 The world knows him as Bill W., the co-founder of AA began drinking heavily in early adulthood, during his military training. He was a successful stock market trader until the economic crash of 1929. Because of heavy drinking, it was difficult for him to support himself or his wife. He was married to Lois Wilson, but they never had kids. Not much is known about Bill W.’s wife, but for the fact that she stood by him until his death at age 75.

In 1933, Bill W. was committed to Charles B. Towns hospital, which was located in Manhattan. He was treated using “The Belladona Cure” by then Alcoholic Specialist Dr. William Silkworth. Bill W. was under the influence of the belladonna drug when he had the profound vision that changed his life.

At that time he saw the vision, he was an agnostic who was sceptical about of religious beliefs. His personal account of this encounter with “a higher power” described how a white light entered the hospital room and saved him from alcoholism. After this spiritual awakening, he felt free from his addiction and became sober. 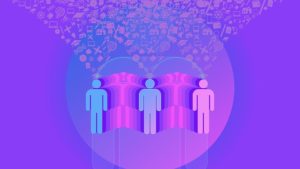 Interestingly, Bill W.’s paternal grandfather was also an alcoholic. On a mountain hike, he had a religious experience while under the influence of psilocybin (hallucinogenic mushrooms). After that experience, he also found sobriety.

There are many accounts such as those experienced by Bill and his grandfather. These are called Peak Experiences or Mystical Experiences. First mentioned by Abraham Maslow, peak experiences are explained as altered state of consciousness, where you feel a connection to a “Higher Power”. Some people call the higher power “God”, some call it their guardian angel, and some people use the word “universe”. Whatever it is, the peak experience changes how you feel and act in a profound way. It is as if you were re-programmed. Something shifts in a neurological level, and there is an undeniable feeling of being shifted away from the past state.

We can surmise that after his peak experience or vision, Bill W. felt released form his addiction. His and his paternal grandfather’s similar experience suggest their alcoholism is a family trait that was inherited. Not only that, both of them began to live sober after seeing a profound vision. Perhaps we can argue that this has something to do with their genetics too.

When Dr. Bob and Bill W. met, they found mutual support to be the bedrock of sobriety. Bill W. was at the bar of Mayflower hotel, fighting an urge to drink when he realised can only suppress his urge by finding another alcoholic to help. At the time they met, Bill W.’s was involved with the Oxford group. Having found spirituality, he gravitated towards the teachings of the group that taught people to lean on God and surrender. Only by surrendering to a higher power could a person be able to experience true change.

In time, the pair adapted the teachings of the Oxford group and founded their own group. In 1938, after helping 100 alcoholics recover, they formalised their main tenets by publishing a book entitled, “Alcoholics Anonymous.” This book outlined the famous 12 Steps, which are still used to this day to help millions of people recover from alcohol addiction.

How do I stop consuming? 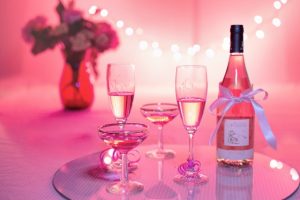 If you’re all set to stop drinking and ready to get the assistance you require, you can get better from alcohol addiction and alcohol abuse– no matter how heavy your drinking or how helpless you feel. And you do not have to wait up until you struck rock bottom; you can modify at any time. Whether you desire to stop drinking entirely or cut down too much healthier levels, these standards can assist you in getting begun on the roadway to healing today.

A lot of individuals with alcohol issues do not choose to make a huge modification out of the blue or change their drinking routines overnight. Even after confessing you have a drinking issue, you might make reasons and drag your feet. If you’re not sure if you’re all set to alter or you’re having a hard time with the choice, it can assist to believe about the expenses and advantages of each option.

How to achieve your objectives?

After you have set your objectives to either stop or cut down your drinking, jot down some concepts on how you can assist yourself achieve these objectives:

Eliminate temptations. Get rid of all alcohol, barware, and other alcohol-related stuff from your house and workplace.

Cutting down vs. giving up alcohol entirely.

Whether you can effectively cut down on your drinking depends upon the seriousness of your drinking issue. Let’s get some alcoholism facts right. If you’re an alcoholic– which, by meaning, implies you aren’t able to manage your drinking– its best to attempt to stop consuming totally. If you’re not prepared to take that action, or if you do not have an alcohol abuse issue, however, desire to cut back for individual or health factors, the following ideas can assist:

Medical Professionals defines the term “Alcohol Addiction” as the situation when you can’t manage how much alcohol you already had, and you start to consume your problems alcohol or any other beverage. Your physician might state you have alcohol usage condition if you: Seem like you need to drink, Can’t manage just how much you consume and when you can’t consume, you feel bad. Some individuals might believe the only method to handle it is with self-control; as if it’s an issue they need to resolve all by themselves. Alcohol utilize condition is thought about a brain illness. Alcohol triggers modifications in your brain that make it tough to stop. A crucial initial step is to find out more about your treatments, and there is a lot to pick from.

Some individuals can stop consuming by themselves or with the aid of a 12-step program or other support systems, while others require medical guidance to withdraw from alcohol securely and quickly. Which alternative is best for you to depend upon just how much you have been consuming, for how long you have had an issue, the stability of your living circumstance, and other health problems you might have. 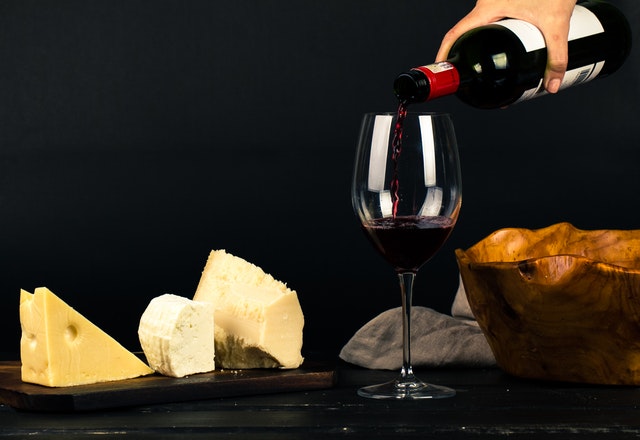 Alcohol rehab in a private clinic includes living at a treatment center while going through extensive therapy throughout the day. Residential treatment generally lasts from 30-90 days. Partial hospitalization is for individuals who need continuous medical tracking; however, have a steady living scenario. These treatment programs usually fulfill at the healthcare facility for 3-5 days a week, 4-6 hours daily. Extensive outpatient programs (IOP) concentrate on regression avoidance and can frequently be set up around work or school. Treatment (Person, Group, or Household) can assist you to determine the origin of your alcohol usage, fix your relationships, and discover much healthier coping abilities.

Any alcoholism treatment program must be tailored to your distinctive issues and circumstance. Treatment does not need to be restricted to psychologists and medical professionals. Numerous clergy members, social employees, and therapists likewise use dependency treatment services. Treatment needs to resolve more than merely your alcoholic abuse. It can impact your entire life, including your relationships, profession, health, and mental wellness. Treatment success depends upon taking a look at the method alcoholic abuse has affected you and establishing a brand-new lifestyle. In basic, the more prolonged and more extreme the alcohol usage, the more extended and more extreme the treatment you’ll require. Regardless of the treatment program’s length in months or weeks, long-lasting follow-up care is vital to your healing.

As you look for aid for alcohol dependency, it’s likewise essential to get treatment for any other mental concerns you’re experiencing. Your most exceptional possibility of healing is by getting combined psychological health and dependency treatment from the same treatment supplier or group.